Pershore Town Choir are a mixed voice choir of approximately 50 singers based in Pershore, Worcestershire with members drawn largely from the town and surrounding areas.

The choir, formed in 2007 by the current Musical Director, David Barclay, has more than doubled in number over the past decade and under David’s skilful leadership, is developing a wide-ranging repertoire which includes choral music, unaccompanied songs from the 16th century, secular and sacred works and more contemporary music including pieces by Adele.

We are happy to learn requested pieces for weddings, provided we have sufficient notice, but also have a separate repertoire for weddings and funerals. 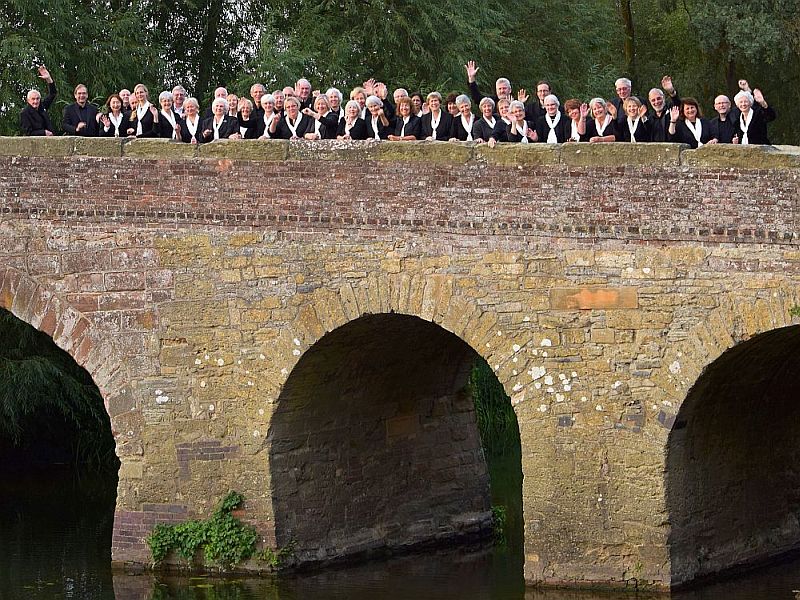 Our aim is to have fun singing, in a friendly and welcoming environment, whilst at the same time, contributing to the music and cultural life of the area.

In 2017 we celebrated our 10th Anniversary and it proved to be a very busy year for us. We went on tour to Bad Neustadt, Pershore’s twin town, and hosted a visiting choir from the USA, taking part in a joint concert with them in Pershore Abbey. We got soaked singing on a float for Pershore Carnival, and got very hot singing in Pershore Bandstand!

David Barclay was born in Nottingham in 1971 and sang as a Treble in the Parish Church Choir. He went on to study at the Guildhall School of Music and Drama, London, under the Scottish Tenor William McAlpine. David’s first appointment was in Liverpool as a Lay Clerk at the Metropolitan Cathedral of Christ the King where he began teaching singing at St Edward’s College. Later as Director of the Metropolitan Cathedral Cantata Choir he conducted many acclaimed concerts, including several with the Cathedral Orchestra. He retains his close links with the Cathedral often returning as guest conductor or tenor soloist.

Early in 2005 he was appointed Director of Music at Pershore Abbey in Worcestershire and during his two year tenure at the Abbey he established a Junior Choir. Later the same year he was appointed Musical Director of Kidderminster Male Choir followed by Pershore Town Choir in January 2007. His most recent appointment is that of Principal Cantoris Tenor Lay Clerk at Worcester Cathedral which commenced in September 2008. He also teaches singing at Chipping Campden School in Gloucestershire and continues to enjoy a varied career singing, directing, composing and arranging.

As a professional Lyric Tenor, he sings an eclectic repertoire from French Melodié, German Leider, Opera and Oratorio to Neopolitan Song, English and German Operetta, Songs from the Shows and Popular Classics. His engagements include Handel’s Messiah, Bach’s Magnificat and St Johannes Passion (Evangelist), Mozart’s Requiem, Schumann’s epic song-cycle Dichterliebe and a recital of French Melodie by Reynaldo Hahn.

If you’re looking for a choir to sing for you Pershore Town choir is available to sing at weddings, concerts, private functions such as birthday and anniversary celebrations, church services, or other events. We offer a range of music, competitive fees, and a full or reduced choir.

Singing is good for you and guided by our talented Musical Director, Mr David Barclay, we sing a variety of music at a range of events. We’re always open to new members, our only requirement is enthusiasm. You don’t need to read music, you’ll learn as you progress, and we don’t hold auditions.

We consider ourselves to be a community choir and, as part of the community, we invite you to join us.